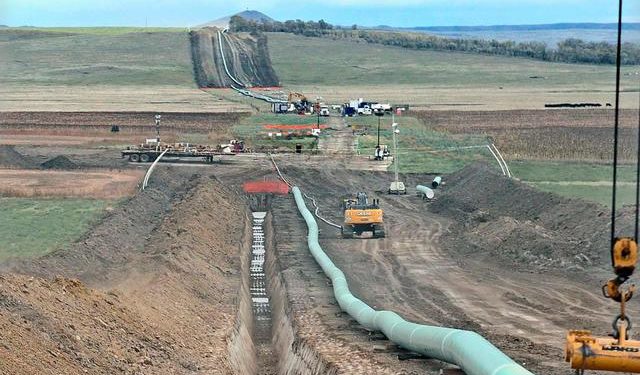 The Dakota Access Pipeline is still there. It’s finished and pumping oil, and it’s been out of the news for a while. The line is entirely underground, and it’s moving over 500,000 barrels of oil a day from the Bakken fields of North Dakota through South Dakota, Iowa, and destined for Illinois. That has helped North Dakota’s oil production reach over a million barrels a day. While the state still lags behind Texas and the Gulf of Mexico in terms of production, it has helped to make the country overall less dependent on foreign oil.

Safety is still paramount in the minds of builders and opponents alike. So far, the Dakota Access Pipeline has not had any leaks of any real significance. The only leakage recorded is the gallon range. During the first six months in use, the line transported 61.25 million barrels of oil while losing only four barrels to leakage. The firm responsible for the construction of the line, Energy Transfer Partners, had the line overbuilt were needed even when they didn’t have to. They did things such as making the pipe fifty percent thicker in some places and also used ultrasonic and x-ray technology to check welds. To address concerns about drinking water safety, they had the line buried up to 115 feet below ground at Lake Oahe. The pipeline has not had any effect on groundwater in any of the four states it passes through. The efforts made by Energy Transfer Partners are not enough for Dakota Access Pipeline opponents who say it, and other pipelines are a hazard to public health.

In a further commitment to safety, Energy Transfer Partners monitors the pipeline all day every day all year long. Monitoring means ground and air patrols with computerized data compilation. Additionally, the U.S. Army Corps of Engineers spent over a year studying the pipeline and its effects on the environment and concluded it had minimal impact.

The Department of Transportation is the responsible agency that oversees this pipeline as well as the other 2.6 million miles of pipeline. The agency says the pipeline is safe and is an efficient way to transport oil. The alternative for oil transportation is barges and trucks and rail lines, each with its own set of hazards. The U.S. Department of Energy says oil production has increased by almost 60% since 2008. That increase translates to projections of 17.6 million barrels a day in 2018 and 19.1 million barrels a day in 2019.

Production increases will continue for decades to satisfy the country’s demand. Increased production means an expanding infrastructure to accommodate the movement of oil, and the best, safest, and cheapest way to move it is by pipeline. As the leader in oil and gas production, the U.S. will continue to produce and consume this energy for decades to come.

With over a year elapsed since the opening, the Dakota Access Pipeline is fulfilling its creator’s ambitions. The pipeline resulted in the creation of some 10,000 construction jobs, which benefited local economies with millions in payroll dollars spent. Local property owners also got a cut of the proceeds to the tune of $189 million for easement payments, and local and state governments collected $55 million in property taxes.

At the same time, oil pipeline opponents don’t want fossil fuel usage at all. More production leads to more oil pipelines leading to more usage leading to more pollution. But the country is dependent on oil and gas, and it will stay that way for some time. Where is the common ground? These are two polarizing views that don’t seem destined to collude anytime soon.